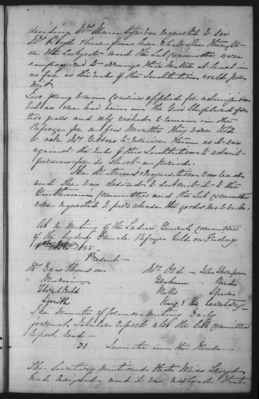 Two young women cousins applied for admifsion [admission] but as one had been in the Good Shepherd for two years and only wished to remain in the Refuge for a few months they were told to ask Mrs Gibbons to receive them as it was against the rules to ad mit persons for shorter periods.

The Matron's requistions was read and she was desirous to submit it to the Gentlemen's Committee and the Sub Committe were requested to purchase the goods next week.

At the meeting of the Ladies General Committee of the Sydney Female Refuge held on Friday the 1st Dec [December] 1865. 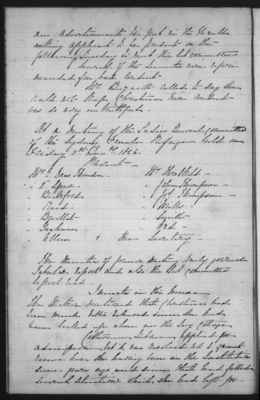 an advertisement be put in the Herald asking applicants to be present on the following Tuesday to meet the Sub Committee.

Several of the Inmates were repri manded for bad conduct.

Mrs Bugarth called to say she could not keep Christiana her conduct was so very untruthful.

At the meeting of the Ladies General Committee of the Sydney Female Refuge held on Friday the 5th Jan ry [January]1866.

Inmates in the Houses

Catherine Luthmains [?] applied for admifsion [admission] but it was resolved not to permit (crossed out) allow her she having been in this Insitution several years ago and [?] services that had filled several situations which she had left 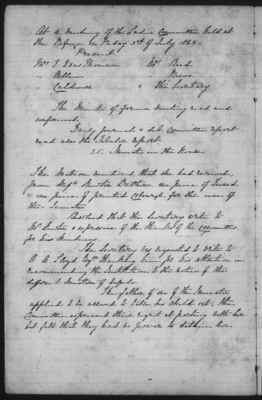 35 inmates in the Houses

Resolved that the Secretary write to Mr Newton an expression of the thanks of the Committe for his kindness.

The Secretary was requested to write to G. A. Lloyd Esq re [Esquire] thanking him for his attention in recommending the Institution to the notice of the different mothers of infants.

The father of one of the Inmates to be allowed to take his child out, the Committee expressed their regret at parting her but felt that they had no power to detain her. 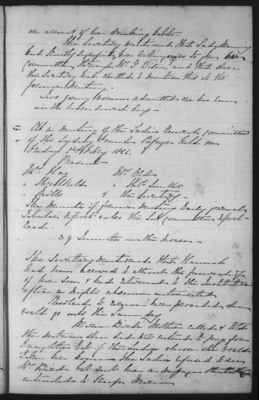 the amount of her drinking habits.

The Secretary mentioned that Lady Manning had kindly signified her willingness to join Lad( crossed out) Committee through Mrs G Wilson and this Secretary but omitted to mention this at the General Meeting.

At the meeting of the Ladies General Committee of the Sydney Female Refuge held on Friday 2nd of Febey [February] 1866.

39 inmates in the Houses

Resolved to release her provided she would go into the Laundry 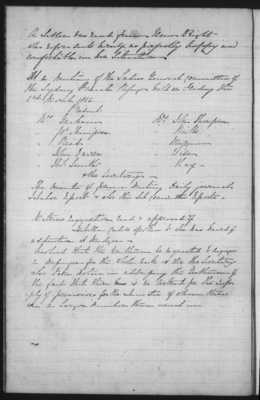 At the meeting of the Ladies General Committee of the Sydney Female Refuge held on Friday the 2nd March 1866.

Isabella Cadile spoken to she has heard of a situation at Mudgee.