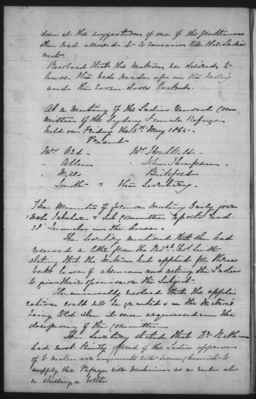 down at the suggestion of one of the Gentlemen she had allowed it to remain til the Ladies met.

Resolved that the Matron be directed have the beds made up in the morning and the south [outer?] doors locked.

At the meeting of the Ladies General Committee of the Sydney Female Refuge held on Friday the 5th May 1865.

The Secretary mentioned that she had received a letter from The Rev'd [Reverend] Thos [Thomas] Smith stating that the Matron had applied for three weeks leave of absence and asking the Ladies to give their opinion on this subject.

The Secretary stated that Dr [Doctor] Nathans had most kindly offered if the Ladies approve of to make arrangements with some chemist to supply this Refuge with medicines as a rule at a shilling a bottle.

Last edit about 1 year ago by Geoff Barker 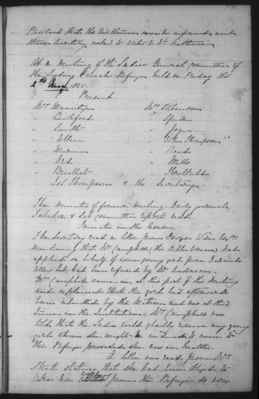 At the meeting of the Ladies General Committee of the Sydney Female Refuge held on Friday the 2nd June 1865.

The Secretary read a letter from George Widan Esq ...[Esquire] mentioning that Mrs Campbell ( the Bibles woman) had applied on behalf of some young girls from Durands Alley but had been refused by Mrs Anderson. Mrs Campbell came in at this part of the meeting and explained that the girls had afterwards been admitted by the Matron and was (crossed out) at this time [indecipherable] in the Institution. Mrs Campbell was told that the Ladies would gladly receive any young girl whom she might be induced to come to this refuge provided she was in health. 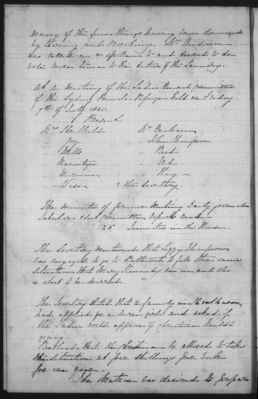 many of the finer things having been damaged by tearing and scorching. Mrs Anderson was called in & spoken to and desired to de vote more time in the duties of the Laundry.

At the meeting of the Ladies General Committee of the Sydney Female Refuge held on Friday the 7th of July 1865.

The Secretary mentioned that Lizzy Thompson was engaged to go to Bathurst to fill the same situation that Mary Kennedy was in she is about to be married.

The Secretary stated that a family in the Shoalhaven had applied for a nurse girl and asked if the Ladies would approve of Christina Neilds going.

Resolved that Christina be allowed to take t he situation at four shillings per week for the year.

The Matron has desired to propose 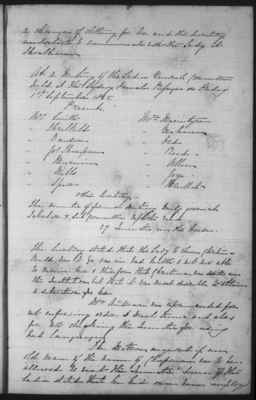 a change of clothing for her and the Secretary undertook to communicate with the Lady at Shoalhaven.

At the meeting of the Ladies General Committee of the Sydney Female Refuge held on Friday the 1 September 1865.

The Secretary stated that the Lady to whom Christina Neilds was to go was in bad health & not now able to receive her & therefore that Christina was still in the Institution but that it was most desirable to obtain a situation for her.

The Matron inquired if an old man of the name of [Chapman?] was to be allowed to visit theInmates. Some of the Ladies stated that he had once been employed

Last edit over 1 year ago by heidimarie 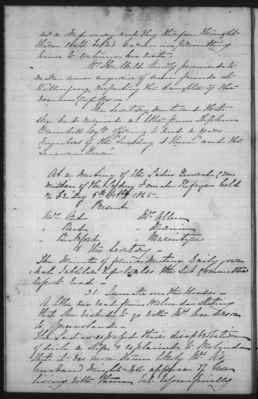 The Secretary mentioned that she had received a letter from Stephen Greenhill Esqre [Esquire] offering to send a years numbers of the "Sunday at Home" and "Leisure [House?]"

At the meeting of the Ladies General Committee of the Sydney Female Refuge held on Friday the 6th of October 1865.

A letter was read from Melinda stating that she wished to go with Mrs Anderson to Queensland.