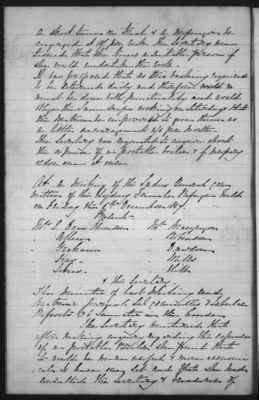 a short time on trial & a messenger be engaged at 10/ per week. The Secretary men tioned that she knew a suitable person if she would undertake the work. It was proposed that as this washing required it be returned daily and therefore [could be crossed out] must be done with punctuality and would oblige the laundresses working on Saturdays that the Matron be empowered to give them as a little encouragement 2/6 per month. The Secretary was requested to inquire about the expenses of a portable boiler & if necessary order one at once.

Last edit 10 months ago by Tintern 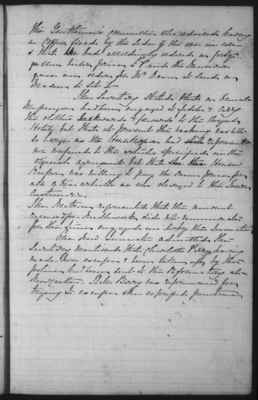 the gentleman's committee who advised having a copper fixed by the side of the one inside. and that she had accordingly ordered a forty gallon boiler prices £6 and the Treasurer gave an order for Mrs. Benson to send a Mason to set it.

The Secretary stated that as female messengers had been engaged to fetch & carry the clothes backwards and forwards to the Royal Hotel but that at present the washing was not so large as the Hotelkeeper had [crossed out] represented nor confined to the articles specified in the original agreement but that [crossed out] the Hotelkeeper was willing to pay the same prices for all extra articles as was charged to the Town customers.

The Matron represented that the account received for needlework did not remunerate for the time engaged in it by the Inmates. One new Inmate admitted the Secretary mentioned that Charlotte Perry having made her escape & been taken up by the police had been sent to the Reformatory at Newcastle. Kate Barry was reprimanded for trying to escape she expressed penitence. 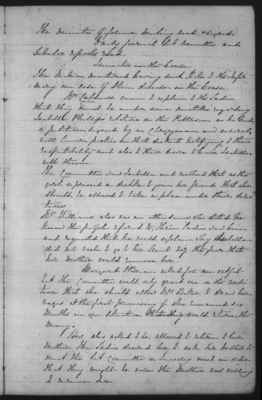 The minutes of former Meeting read and signed Daily journal sub Committee and Tabular reports read. Inmates in the House.

The Matron mentioned having sent Kate to the Infermary. One case of skin disease in the house

Mr Caldwell came to explain to the Ladies that they must be under some mistake regarding Isabella Phillips' [?] on the Patterson as he has a petition signed by a Clergyman and several well- known parties in that district testifying to her respectability and also to their desire to have Isabella with them.

The Committee saw Isabella and resolved that as the girl expressed a dislike to join her friends that she should be able to take a place under their direc tions.

Mr Williams also was in attendance when stated he knew the people referred to; three ladies saw him and requested that he would explain why Isabella did not wish to go to her Aunt by the fear that her mother would remove her.

Margaret O'Brian asked for an outfit but the Committee would only grant one on the condi tion that she should allow Mrs Baker to draw her wages at the first promising if she remained six months in one situation that they would return the money.

She also asked to be allowed to return to her mother. The Ladies desired her to ask her mother to meet the sub committee on Tuesday next in order that they might be sure the mother was willing to receive her. 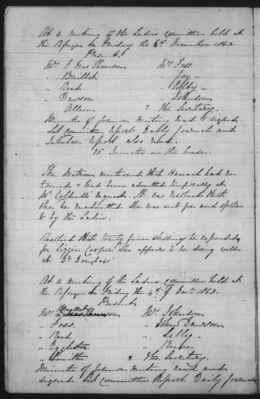 The Matron mentioned that Hannah had returned and had been admitted temporarily at Mrs Caldwell's request. It was resolved that she be readmitted. She was sent for and spoken to by the Ladies.

Resolved that twenty five shillings be expended for Lizzie Cooper who appears to be doing well at Dr. Douglass'. 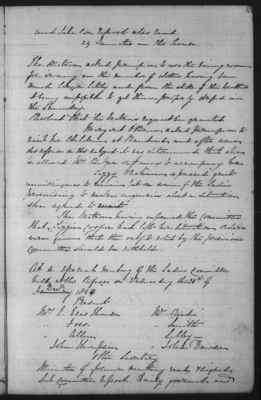 and Tabular Report also read 24 inmates in the houses

The Matron asked permission to use the dining rooms for ironing as the number of clothes having been much larger lately and from the state of the weather it being improfitable to get them properly dried in the laundry. Resolved that the Matron's request be granted

Lizzy Graham expressed great unwillingness to remain but but as some of the Ladies promised to make enquiries about a situation she agreed to wait.

The Matron having informed the Committee that Lizzie Gorper had left her situation orders were given that she outfit ordered by the previous Committee should be withheld.

At a special meeting of the Ladies Committee held at the Refuge on Wednesday the 30th of [February crossed out] Dec.r 1869