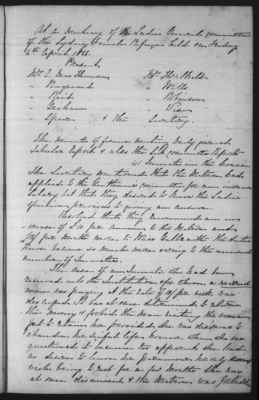 At the meeting of the Ladies General Committee of the Sydney Female Refuge held on Friday 6th April 1866.

41 inmates in the Houses

The Secretary mentioned that the Matron had applied to the Gentlemen's Committee for an increase in salary but that they desired to learn the Ladies opinion previous to giving an answer.

Resolved that they recommend an in crease of £10 per annum to the Matron and 12/ per month increase to Miss Galbraith the duties have become so much more owing to the increased number of inmates.

The case of an Inmate whi had been received into the Institution for whom a married man was paying at the rate of 10/ per week was discufed [discussed]. It was at once determined to return his money & forbid the man visiting the woman but to retain her provided she was desirous to abandon her sinful life however when she was questioned it became apparent she had no desire to leave her paramour her only desire (crossed out) wish being to rest for a few months she was at once dismissed & the Matron was forbidden 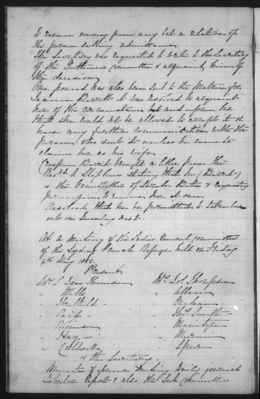 to release money from any but a relative of the person seeking admittance.

The Secretary was requested to write to the Secretary of the Gentlemens Committee & acquaint him of the decision.

One pound has also been sent to the Matron for Jeanie Barratt it was resolved to aquaint her of the circumstances but (crossed out) and inform her that she could not be allowed to accept it or h ave any further communication with the person who sent it unless he came to claim her as his wife.

Crispin Barrit brought a letter from the Rev rd [Revered] A Stephens stating that his (Barrits)is the Grandfather of Sarah Bates & requesting permifsion [permission] to remove her at once. Resolved that he b permitted to take her out on Tuesday next.

At the meeting of the Ladies General Committee of the Sydney Female Refuge held on Friday 4th May 1866. 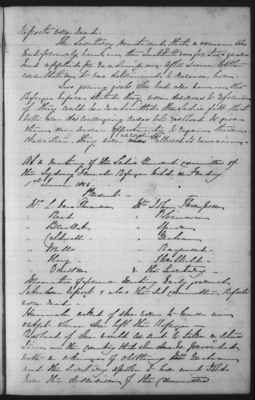 The Secretary mentioned that a woman who had formally been in the Institution for two years had applied for readmission. After some little consultation it was determined to receive her.

Two young girls who had also been in the Refuge before stated they were desirous to reform if they could be admitted these ladies felt that both were discouraging cases but resolved to give t hem more opportunity to regain their character. They were accordingly allowed to remain.

At the meeting of the Ladies General Committee of the Sydney Female Refuge held on Friday 1st June 1866.

Hannah asked if she were to have any outfit when she left the Refuge - Resolved if she could consent to take a situa tion in the country that she she( crossed out) be provided with a change of clothing Mrs Graham and the Secretary spoke to her and told her the decision of the Committee. 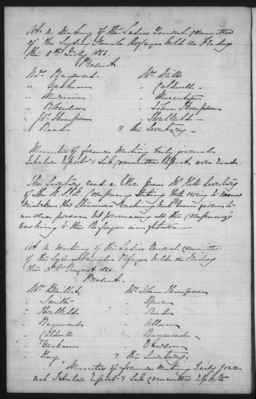 The Secretary read a letter from Mrs Hill Secretary of the RSR Company stating that owing to our mistakes the [indecipherable] washing had been given to another person but promising all the company's washing to the Refuge in future. 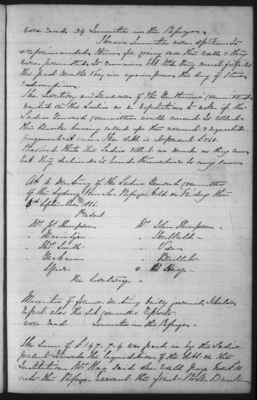 were read 34 Inmates in the Refuge.

House Inmates were spoken to & reprimanded for going over the walls and they were permitted to remain but told they must forfeit the past months and begin again from this day of their read [?]

The Secretary and treasurer of the Gentlemen's Committee visited on the Ladies as a deputation to ask if the Ladies General Committe would consent to collect [the bank] having called up this arrival and requested payment at once. The debt is at present £560. Resolved that the Ladies collect as much as they can but they decline to bind themselves to any [person]

At the meeting of the Ladies General Committee of the Sydney Female Refuge held on Friday the 6th September 1866.

The sum of £147.7.4 was paid in by the Ladies present towards the liquidation of the debt on the Institution Mrs Hay said she would pay her £10 into the Refuge account the Joint Stock Bank.