The C.S.S. Alabama Claims Project features over 100 documents that explore the American Civil War's international legal dimensions. Boston attorney and future U.S. Congressman William W. Crapo corresponded with numerous fellow lawyers and clients between 1870 and 1876 to secure restitution from the British government over British-built Confederate ships that attacked United States commercial and naval vessels during the war. Crapo (pronounced "Cray-poe") worked on litigation concerning the C.S.S. Alabama. Constructed in England in 1862, the Alabama wrought havoc on Union shipping and supply lines before the U.S.S. Kearsarge sank her off the coast of France two years later. After the war the U.S. government held its British counterpart liable for damages caused by the Alabama and her sister ships. The 1871 Treaty of Washington between the two nations established an international arbitration process for resolving these disputes, a significant moment in the development of modern international law.

This joint project between the UVA Law Library and the John L. Nau III Center for Civil War History asks the community to refine an existing transcription of these documents. The letters and telegrams record how lawyers lobbied Congress and President Ulysses S. Grant's administration on behalf of their clients. Crapo corresponded principally with attorneys Henry A. Barling and A.H. Davis. He also worked with bankers, insurance officials, and individual claimants.

All pages have been set to "marked for review." Please uncheck the box after you have completed your work. Add a note in the field below the document image to indicate any corrections made.

Prominent people who appear in this collection include:

1870 Correspondence with Barling and Davis

1871 Correspondence of Davis with Howland

1871 Correspondence of Gannett with Cobb

1871 Correspondence with Barling and Davis 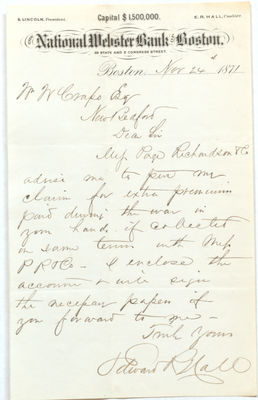 1871 Correspondence with Haven and Company 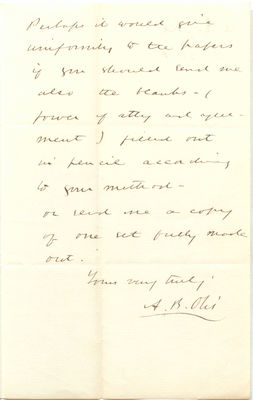 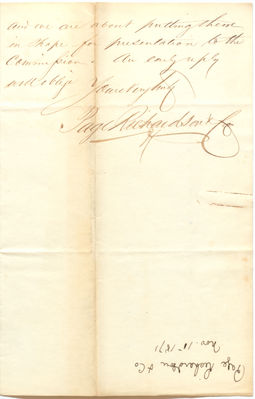 1871 Correspondence with Page, Richardson, and Company