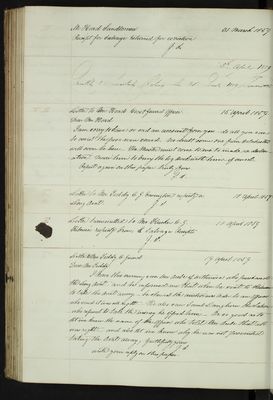 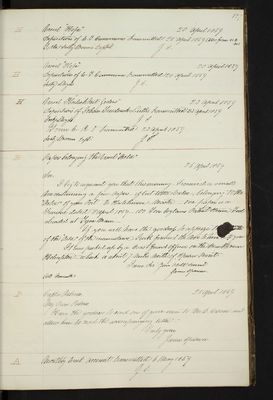 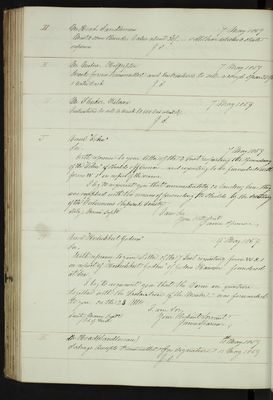 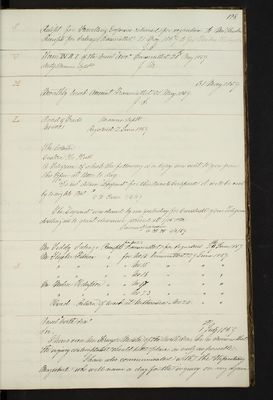 The Collector Custom Ho Hall A telegram of which the following is a copy was sent to you from this office at Noon to day.

The "Leopard" was cleared by me yesterday for [C?] your Telegram directing me to grant clearance arrived at 1/15pm. James [Sh?Sp?] CHH 3/6/59

Sir, I have seen Mr Kruger Master of the North Sea, he is desirous that the inquiry contemplated should take place as early as possible.

I have also communicated with the [Stipendary?] Magistrate who will name a day for the inquiry on my again

Last edit 6 days ago by Emzo67 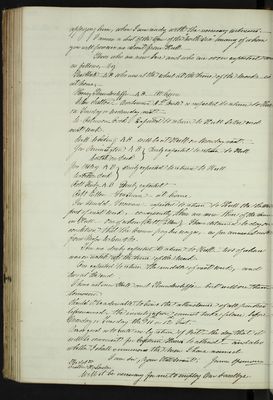 apprising him, when I am ready wtih the neccessary witnesses.

I annex a List of the Crew of the "North Sea" many of whom you will perceive are [?] from Hull.

Those who are now here and who are soon expected are as follows, [?]

Thos Steele - AB who was at the wheel at the time of the wreck is at home,

John Sutton - Boatswain & 2nd Mate is expected to return to Hull on Tuesday or Wednesday next.

Will [Whiting?] AB -will be at Hull on Monday next

Jos Mudd - [Freeman?] - expected to return to Hull the latter part of next week, consequently there are now three of the Crew in Hull - One of whom (Robt Ellen), I have detained to-day on condition that the Crown pay his wages, as per the annexed note from Messrs Wilson & Co.

I have not seen Steele and Thundercliffe - but will see them tomorrow.

Be as good as to write me by return of post - the day that it will be convenient for Captain Harris to attend - and also whether I shall summons the men I have named.

Will it be neccessary for me to employ Mr [Saxelbye?]