William Audley Couper, son of John Couper (1759–1850) and younger brother of James Hamilton Couper (1794–1866), married Hannah Page King (d. 1896), daughter of Thomas Butler King (1800–1864) and Anna Matilda (Page) King (d. 1859). Couper managed Hamilton, a plantation on St. Simon's Island, Ga., from the early 1840s until 1861, and later lived at Carteret's Point and in Ware County, Ga. The collection includes correspondence and other Papers, chiefly 1850–1900. Included are scattered early 19th-century business papers of Georgia planters John Couper (1759–1850) and William Page (d. 1827), maternal grandfather of Hannah Page King Couper; numerous letters in the 1850s between Anna Matilda (Page) King and her daughter, Hannah Page King Couper; letters of other King relatives, some of which deal with the slavery issue; letters from Henry Lord Page King, a student at Yale University, 1849–1852, to his sister, Hannah Page King Couper; Civil War letters from King family women on the homefront and men in the Confederate army in Virginia; post-Civil War letters from Hannah Page King Couper's sisters and from the children of Hannah and William Audley Couper; and papers and diaries of the family of Anna Couper Marshall, Hannah and William's daughter, who lived in Rome, Ga.

Correspondence consists largely of letters from members of the King family to the Coupers, especially from Anna Matilda Page King to her daughter, Hannah Page King Couper, often called "Tootee" by her parents. A voluminous correspondence between Anna and her daughter began during Anna's summer 1852 trip north for her health, and continued until Anna's death in 1859. These letters, largely from Anna to Hannah, discuss Anna's travels, including her stays in various northern boarding houses; encounters with black servants there; descriptions of various cities and towns, such as New Haven, Conn. (including the 1852 graduation ceremony at Yale University), Allentown, Pa., and New York City; illnesses and medical treatments; the effects of a fire on a ship docked at the Couper's plantation; social life in the antebellum North; and miscellaneous business affairs, including the possible purchase of Hamilton Plantation. Several letters describe trips to dressmakers, shopping for clothing and accoutrements, and the contents of trunks King requested shipped from home. Over the course of her letters, Anna King reveals a growing desire to leave the South, first suggesting that her family join her in the North, and then urging her husband to move the family permanently to California, as she is anxious to cease holding slave property.

Frequent and detailed correspondence between Anna and Hannah upon Anna's return home documents the daily routine of the plantation, the care of black children, and the relationship between slaves and the Couper family. Hannah and William lost a child during this period, and they received several letters of condolence; William Audley Couper also seems to have been sickly, as Anna expressed a great deal of concern for her daughter, whose life is "wrapped up in his" (25 December 1856). Other letters in this subseries are chiefly from Thomas Butler King, Jr., and describe his experiences in San Francisco, where he was working in the office of his father, then a customs collector, and attending college. 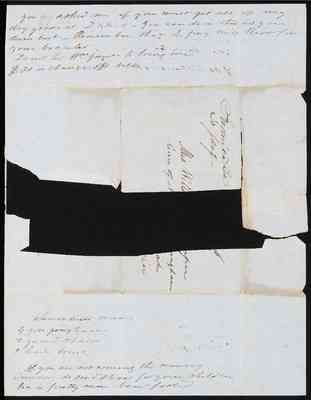 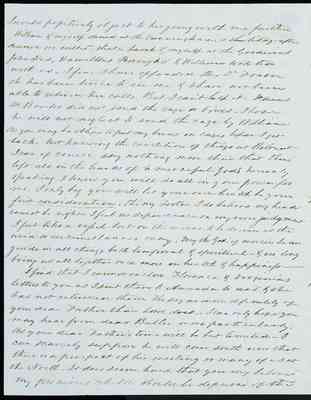 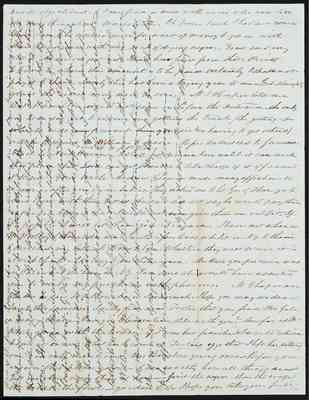 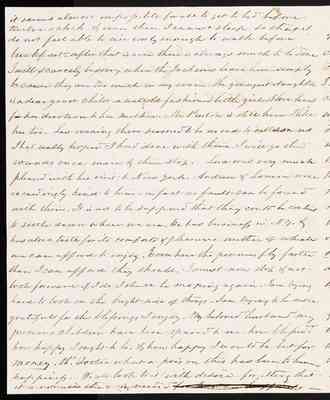 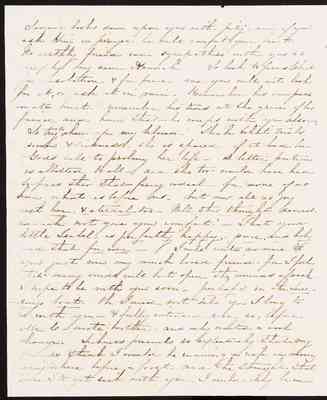 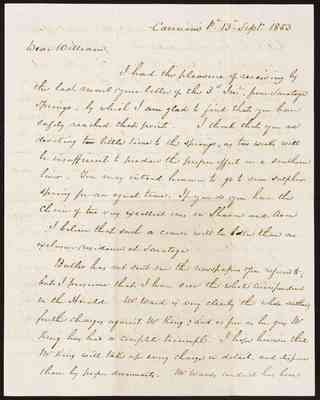 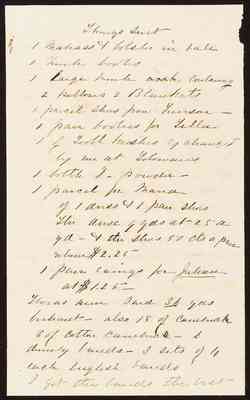 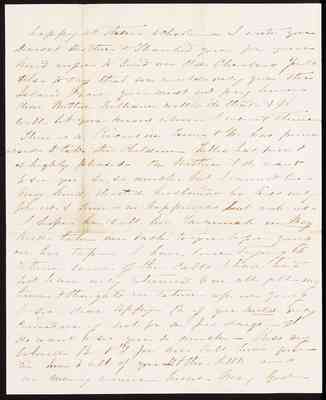 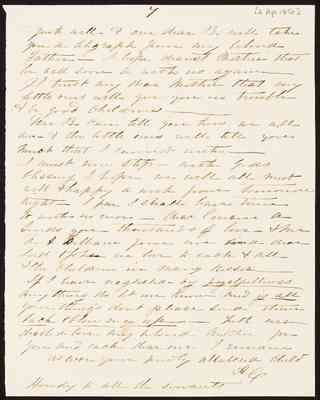 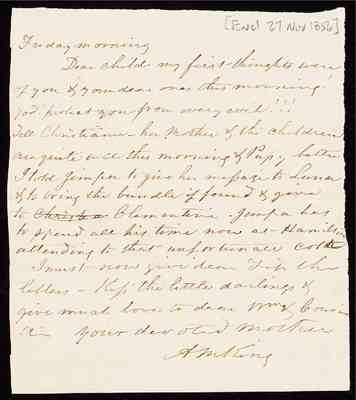