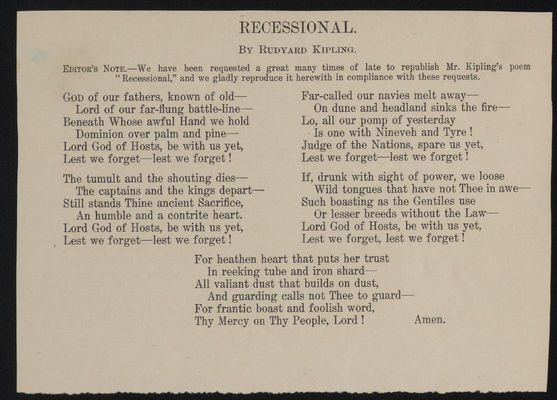 RECESSIONAL by Rudyard Kipling Editor's Note- We have been requested a great many times of late to republish Mr. Kipling's poem "Recessional," and we gladly reproduce it herewith in compliance with these requests. [left column] GOD of our fathers, known of oldLord of our far-flung battle-lineBeneath Whose awful Hand we hold Dominion over palm and pine Lord God of Hosts, be with us yet, Lest we forget- lest we forget!

The tumult and the shouting dies- The captains and the kings depart- Still stands Thine ancient Sacrifice, An humble and a coontrite heart. Lord God of Hosts, be with us yet, Lest we forget- lest we forget!

[right column] Far-called our navies melt away- On dune and headland sinks the fire- Lo, all our pomp of yesterday Is one with Nineveh and Tyre! Judge of the Nations, spare us yet, Lest we forget- lest we forget!

If, drunk with sight of power, we loose Wild tongues that have not Thee in awe- Such boasting as the Gentiles use Or lesser breeds without the Law- Lord God of Hosts, be with us yet, Lest we forget, lest we forget!

[bottom column] For heathen heart that puts her trust In reeking tube and iron shard- all valiant dust that builds on dust, And guardig calls not Thee to guard- For frantic boast and foolish word, Thy Mercy on Thy People, Lord! Amen.

Last edit 5 months ago by Sjwallace 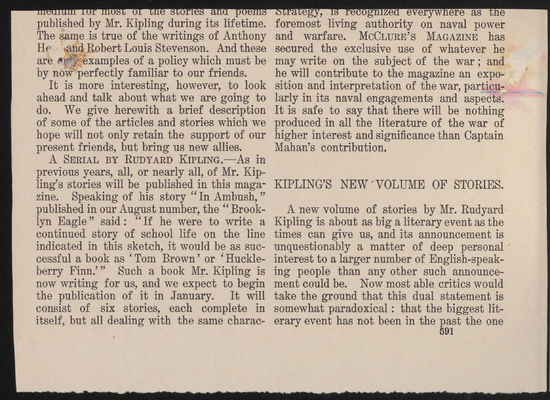 [left column] medium for most of the stories and poems published by Mr. Kipling during its lifetime. The same is true of the writings of Anthony H [illegible] and Robert Louis Stevenson. And these are only examples of a policy which must be by now perfectly familiar to our friends.

It is more interesting, however, to look ahead and talk about what we are going to do. We give herewith a brief description of some of the articles and stories which we hope will not only retain the support of our present friends, but bring us new allies.

A SERIAL BY RUDYARD KIPLING.—As in previous years, all, or nearly all, of Mr. Kipling's stories will be published in this magazine. Speaking of his story "In Ambush," published in our August number, the "Brooklyn Eagle" said: "If he were to write a continued story of school life on the line indicated in this sketch, it would be as successful a book as 'Tom Brown' or 'Huckleberry Finn.' " Such a book Mr. Kipling is now writing for us, and we expect to begin the publication of it in January. It will consist of six stories, each complete in itelf, but all dealing with the same charac-

[right column] Strategy, is recognized everywhere as the foremost living authority on naval power and warfare. McCLURE'S MAGAZINE has secured the exclusive use of whatever he may write on the subject of the war; and he will contribute to the magazine an exposition and interpretation of the war, particularly in its naval engagements and aspects. It is safe to say that there will be nothing produced in all the literature of the war of higher interest and significance than Captain Mahan's contribution.

A new volume of stories by Mr. Rudyard Kipling is about as big a literary event as the times can give us, and its announcement is unquestionably a matter of deep personal interest to a larger number of English-speaking people than any other such announcement could be. Now most able critics would take the ground that this dual statement is somewhat paradoxical: that the biggest literary event has not been in the past the one 591

Last edit 3 months ago by Jannyp 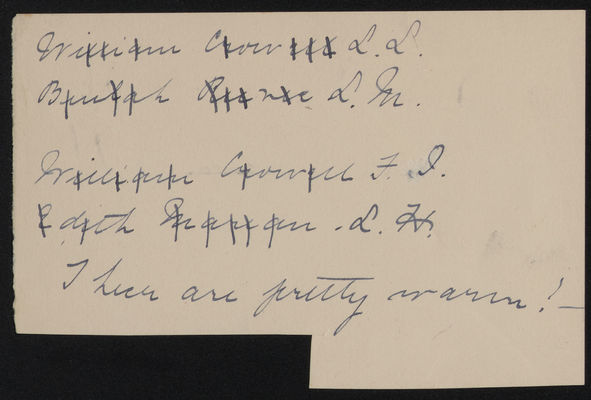 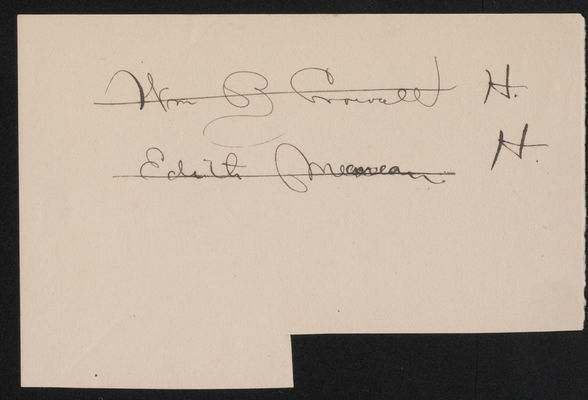 Last edit 4 months ago by Tintern
Displaying all 4 pages 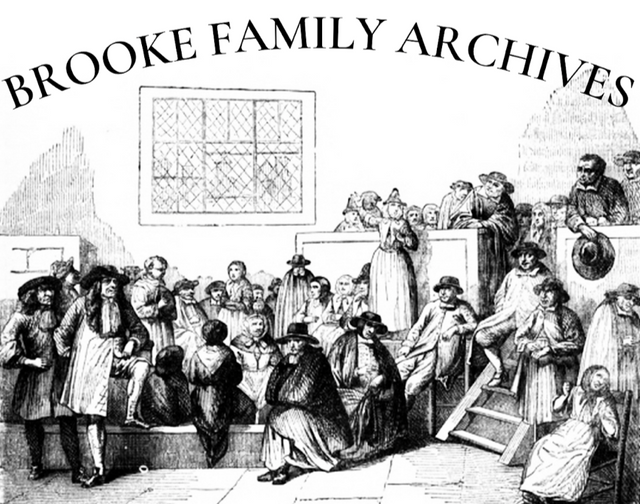 Life as a Quaker family: The Brookes