XM515 The Ikula tribe at Eucla 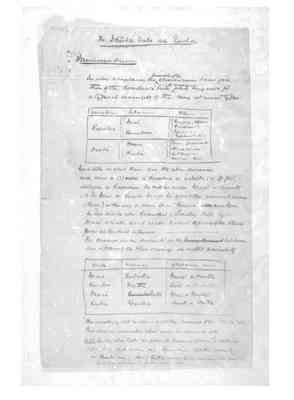 The Ikula tribe at Eucla

In order to explain the ^principle of the class divisions I now give those of the Kamilaroi tribe ^for comparison which may serve for a typical example of the more advanced types.

In a tribe in which there are the above divisions each man a (1) either a Kupathin or a Dilbi (2) if for instance a Kupathin he will be either Ipai or Kumbo (3) If Ipai or Kumbo he will be [gone?] of the animal names (totem) - thus say a man is a "Kangaroo" and Ipai he will then be also Kupachin. Similarly Dilbi may be Muri which will be also named after one of the totems given in the third column.

The marriage and descents in the ['Primary Division' crossed out] [Last?] Division are as follows) the totem marriages are omitted for simplicity

The analogy will be seen with the marriage of the Ikula tribes But there are anomalies which require to be [cu....ed] into.

Last edit about 2 months ago by Lucio Alvarez 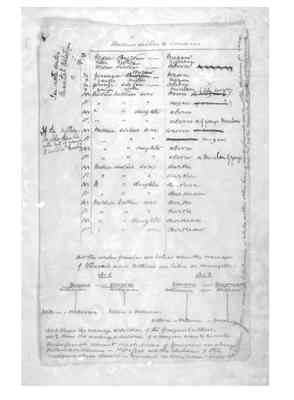 As to the relation of cousins see below where the marriages of Yungaru and Witteru are take as examples.