The Honourable Alfred Lutwyche was born in London on 26 February 1810. He formally became the first Supreme Court Judge of Queensland on the official date of separation from New South Wales. Lutwyche's early career had included stints as a legal reporter, during which he worked with and befriended Charles Dickens. He travelled to Australia as correspondent for the Chronicle and was famously shipwrecked en route, but arrived in Sydney by the end of 1853. He eventually successfully established the Supreme Court of Queensland and became known as the 'father of the Supreme Court'. Lutwyche had a reputation as something of an 'ultra-democrat', strongly advocating adult male suffrage and was sometimes involved in controversy. He was a dedicated Anglican, acting as Church Warden of St Andrews, Brisbane, for many years and drafting the canons and constitution of the diocese. Lutwyche died on 12 June 1880. (https://www.sclqld.org.au/judicial-papers/judicial-profiles/profiles/ajplutwyche) 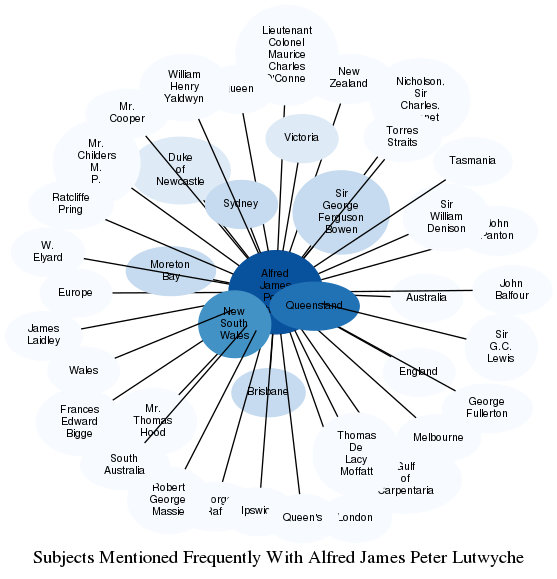