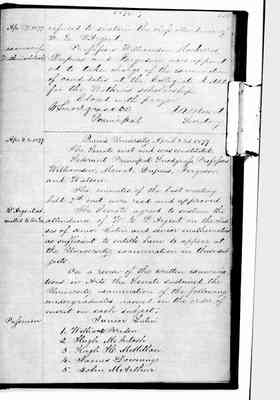 refused to sustain the class attendance of W.E. D'Argent.

Professors Williamson Mackerras, Dupuis and Ferguson were appointed to take charge of the examination of candidates at the Collegiate Institute for the Watkins scholarship.

The minutes of the last meeting held 7th inst. were read and approved.

The Senate agreed to sustain the attendance of W.E D'Argent on the classes of senior Latin and senior mathematics as sufficient to entitle him to appear at the University examination in these subjects.

On a review of the written examinations in Arts the Senate sustained the University examination of the following undergraduates named in the order of merit in each subject:

Last edit 4 months ago by MaryV 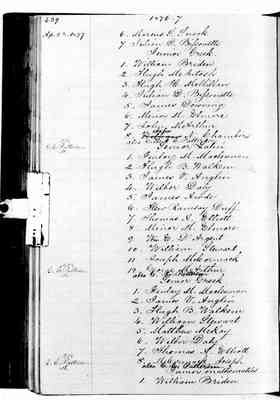 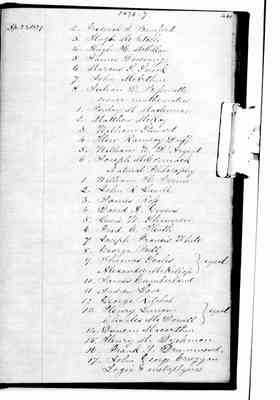 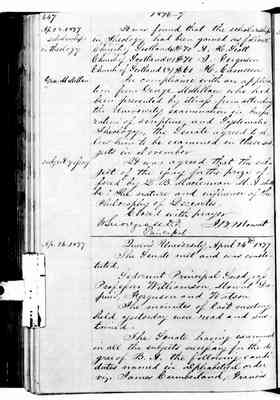 In compliance with an application from George McMillan who had been prevented by illness from attending the University examination in Inspiration of scripture and Systematic Theology, the Senate agreed to allow him to be examined in these subjects in November.

It was agreed that the subject of the essay for the prize offered by D.B. Maclennan M.A. shall be: The nature and influence of the Philosophy of Descartes.

The minutes of last meeting held yesterday were read and sustained.

The Senate having examined in all the subjects necessary for the degree of B.A. the following candidates named in alphabetical order viz. James Cumberland, Francis 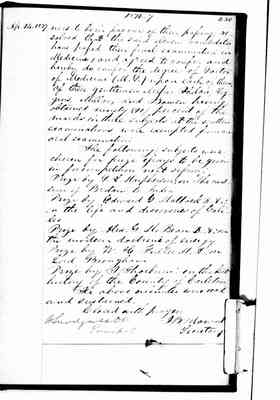 [exami]ners to be in favour of then passing resolved that the said eleven candidates have passed their final examination in Medicine, and agreed to confer and hereby do confer the degree of Doctor of Medicine (M.D.) upon each of them, of these gentlemen Messrs. Phelan, Higgins, Millar, and Bowen having obtained ninety (90) percent of the marks in three subjects at the written examinations were exempted from an oral examination.

The following subjects were chosen for prize essays to be given in for competition next session: Prize by D.L. Macpherson: on The mission of Britain to India Prize by Edward G. Mallock, B.A.: in the life and discoveries of Galileo Prize by Alex. G. McBean B.A.: on the modern doctine of energy Prize by W.H. Fuller M.A. on Lord Brougham Prize by J. Thorburn: on the best history of the County of Carleton

The above minutes were read and sustained. 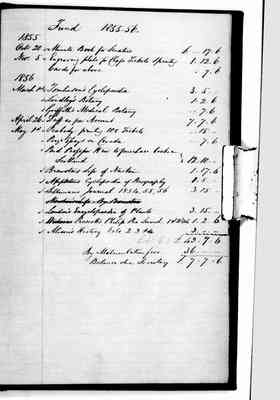