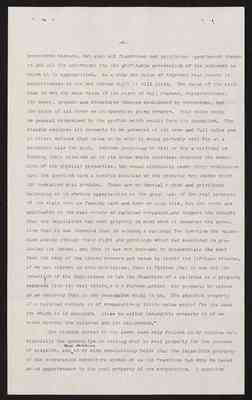 provements thereon, but also all franchises and privileges appurtenant thereto and all the advantages for the profitable prosecution of the business to which it is appropriated. As a rule the value of improved real estate is proportionate to the net income which it will yield. The value of the railroad is not the mere value of its right of way, roadbed, superstructure, its depot, grounds and structures thereon considered by themselves, but the value of all these as an operative going concern. This value being in general determined by the profits which result from its operation. The statue requires all property to be assessed at its true and full value and in effect defines that value to be what it would probably sell for at a voluntary sale for cash. Persons proposing to sell or buy a railroad in forming their opinions as to its value would doubtless consider the condition of its physical properties, but would ultimately reach their conclusion upon the question upon a careful estimate of the probable net income which its operation will produce. There are no special rights and privileges belonging or in anywise appertaining to the great mass of the real property of the state such as farming land and town city lots, but the terms are applicable to the real estate of the railroad companies, and suggest the thought that the legislature had such property in mind when it inserted the provision that it was intended that in valuing a railroad for taxation the valuation should include their right and privilege which was exercised in the producing its income, and that it was not intended to disassociate the soul from the body of the living concern and value by itself the lifeless remains. If we are correct in this conclusion, then it follows that it was not the intention of the legislature to tax the franchise of a railroad as a property separate from its real estate. * * * Further ,unless the property be values as an entirety this is the reasonable thing to do. The physical property of a railroad company is of comparatively little value except for the uses for which it is acquired. Its is so called intangible property is of no value without the railroad and its equipments." 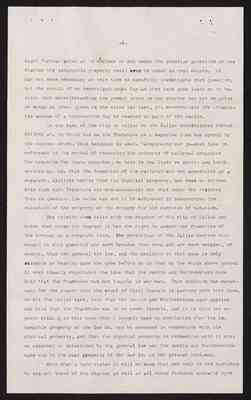 sight further arise as to whether or not under the peculiar provision of our charter the intangible property could even be taxed as real estate. It has not been necessary at this time to carefully investigate that question, but the result of my investigations as far as they have gone leads me to believe that notwithstanding the powers given in our charter may not be quite so broad as those given in the state tax laws, yet nevertheless the intangible assets of the corporation may be reached as part of the reality.

In the case of the City of Dallas vs the Dallas Consolidated Street Railway Co. in which tax on the franchise as a separate item was upheld by the Supreme Court, this language is used. "Construing our general laws in reference to the method of rendering the property of railroad companies for taxation for state purposes, we held in the State vs Austin and Northwestern Ry. Co. that the franchise of the railroad was not assessable as a separate distinct entity from its physical property, but that we neither held that such franchise was non-assessable nor that under the statutes then in question its value was not to be estimated in determining the valuation of the property of the company for the purpose of taxation.

The opinion then deals with the charter of the city of Dallas and holds that under its charter it had the right to assess the franchise of the company as a separate item. The provisions of the Dallas chapter with regard to this question are much broader than ours and are much broader, of course than the general tax law, and the decision in that case is only valuable as bearing upon the case before us in that by the words above quoted it very clearly repudiates the idea that the Austin and Northwestern case applied and held that the franchise was in no event taxable, and it is upon the express holding in this case that I largely base by conclusion that the intangible property of the Gas Co. may be assessed in connection with its physical property, and that the physical property in connection with it must be assessed is determined by the general law and the Austin and Northwestern case and is the real property of the Gas Co. in the present instance.

Last edit 7 months ago by Koliver 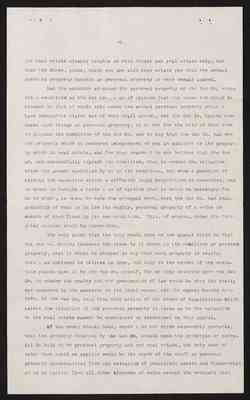 The only point that the city could make on appeal would be that the Gas Co. having rendered the items by it shown in its rendition as personal property, that it would be stopped to say that such property is realty. This I am inclined to believe is true, but only to the extent of the valuation placed upon it by the Gas Co. itself, for no duty devolved upon the Gas Co. to render its realty and the presumption of law would be that its realty was assessed by the assessor at its legal value, and the appeal having been taken by the Gas Co. only from that action of the Board of Equalization which raises the valuation of the personal property in issue to the valuation of the real estate cannot be considered or determined on this appeal.

If the court should hold, which I do not think reasonably probable, that the property rendered by the Gas Co. should upon the principle of estoppel be held to be personal property and not real estate, the only test of value that could be applied would be the worth of the stuff as personal property disassociated from any valuation of intangible assests and disassociated in my opinion from all other elements of value except the ordinary test 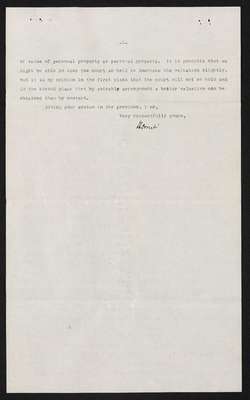 Asking your advice in the premises, I am, 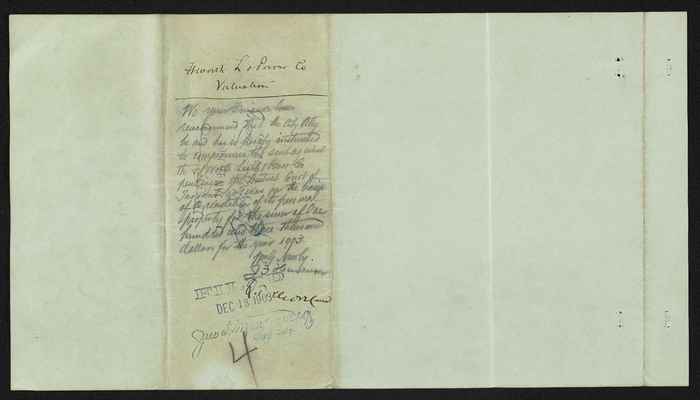 We your Finance Com recommend that the City Atty be and he is hereby instructed to compromise the suit against The Ft. Worth Light & Power Co. pending in the District Court of Tarrant Co. Texas on the basis ofa rendition of its personal peroperty for the sum of one hundred and three thousand dollars for the year 1903.