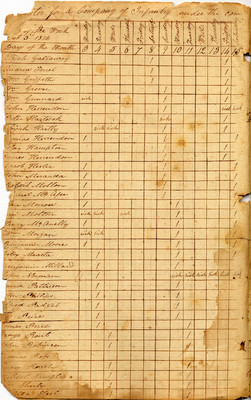 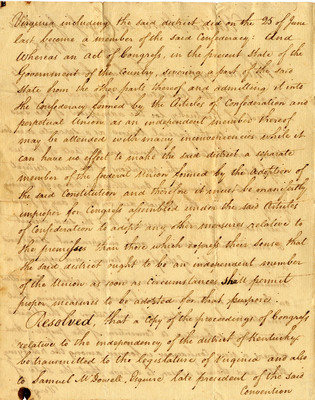 A Congressional Resolution dated 3 July 1788, stating that the district of Kentucky should be made into a "sovereign and independent state." 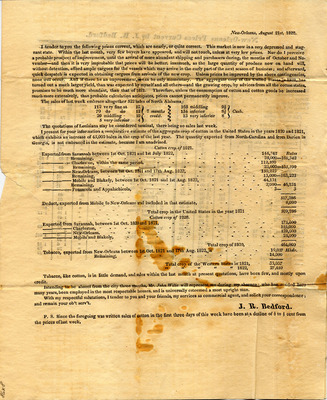 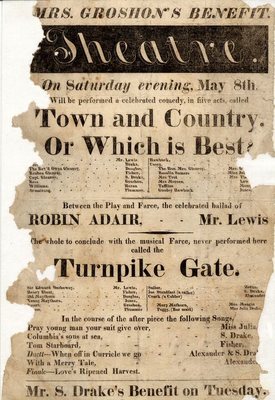 Broadside from Drake's Theatre in Louisville, Kentucky, advertising a May 8, [1819], performance called "Town and Country. Or Which is Best?" It lists performers as well as a number of songs sung after the show. 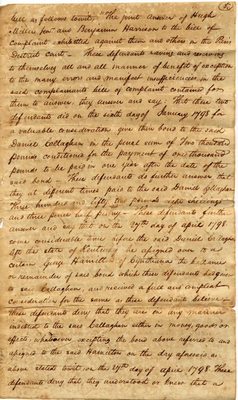 Suit brought by Edward Worthington in the October 1798 term of the Paris, Kentucky District Court against Daniel Callaghan and others regarding land Worthington had located for Callahan in Harrison County in 1779. Worthington is suing for his locator's share of the land. 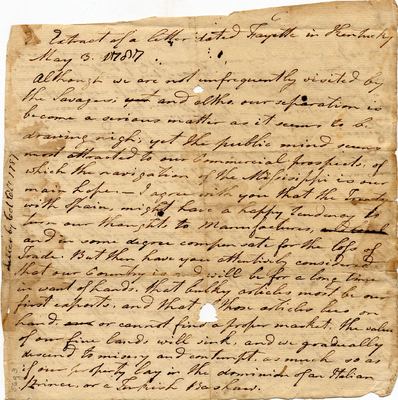 A one page extract dated 3 May 1787 expresses the hope that the recent treaty with Spain will help the trade prospects for the United States. On the back side of the page is a discussion of politics and political maneuvering. 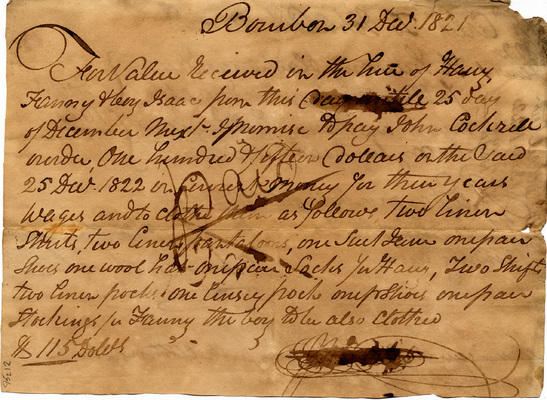 Hiring out agreement for an African American enslaved family, 31 December 1821

One year hiring out agreement for an African American family (Harry, Fanny, and Isaac) for $115. The agreement specifies the clothes required to be provided for the family. 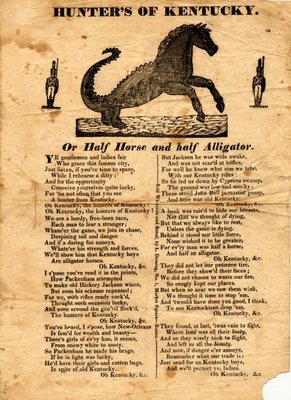 Hunters of Kentucky, or "Half Horse and Half Alligator," broadside, ca. 1815

Printed broadside with a woodcut illustration and a poem describing the valor of Kentuckians at the Battle of New Orleans. The illustration pictures the famous half horse and half alligator as a horse with an alligator tail. 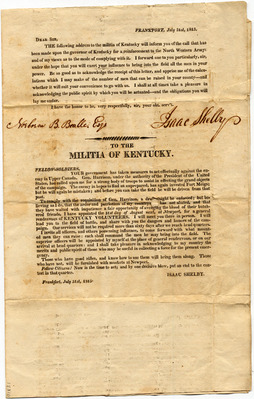 Circular dates 31 July 1813 in which Isaac Shelby calls for Kentuckians to join the militia to fight against the British and Native Americans. 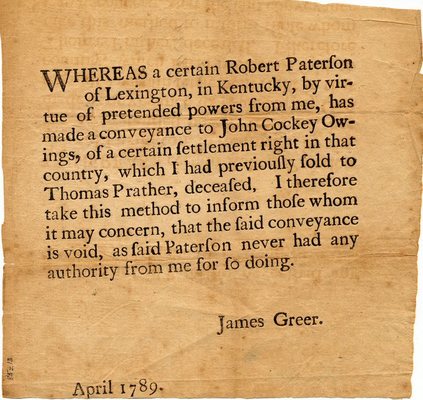 A printed notice from James Greer, signed in print, voiding an unauthorized conveyance of a certain settlement right in the Lexington area by Robert Paterson to John Cockey Owings, which right Greer had previously sold to Thomas Prather, deceased. 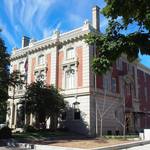