ReadAboutContentsHelp
In his 10 February 1794 letter, Shelby informs Knox that two more people have been killed by Southern Indians since his last letter. He expects attacks by the Creek and Chicamauga as soon as the winter breaks. Again, he requests powers to raise men and defend the state. He calls for large number of influential officers to accompany the expedition. 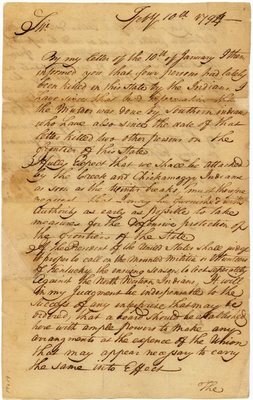 By my letter of the 10th of January I then informed you that four persons had lately been killed in this State by the Indians. I have since then had information that the Murder was done by Southern indians who have also since the date of that letter killed two other persons on the frontier of this State.

I fully Expect that we shall be attacked by the Creek and Chickamaggy Indians as soon at the winter breaks, must therefore request that I may be furnished with authority as early as possible to take measures for the defensive protection of the frontiers of the State.

If the President of the United States shall judge it proper to call on the Mounted Militia or Hunters of Kentucky the ensuing season, to act separately Against the North Western Indians, It will in my Judgment be indespensable to the success of any enterprise that may be ordered, that a board should be established here with ample powers to make any arrangements at the expence of the Union that may appear necessary to carry the same into Effect.

Last edit 21 days ago by MaryV 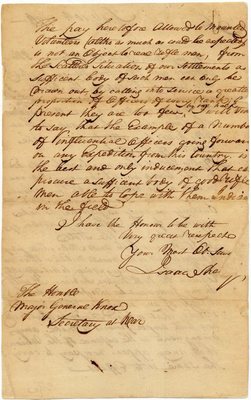 The pay heretofore allowed to Mounted Volunteers (altho as much as could be expected) is not an Object to real Rifle men, from the scattered like action of our settlements as sufficient of such men can only be drawn out by calling into service a greater proportion of Officers of every rank; at present they are too few by one half, I will [venture?] to say the the Example of a number of influential Officers going forward on any Expedition from this Country is the best and only inducement than can procure a sufficient body of good Rifle Men able to cope with them Indians in the field.

I have the Honour to be with Very great respect Your Most [?] Isaac Shelby

Last edit 5 months ago by martinar317 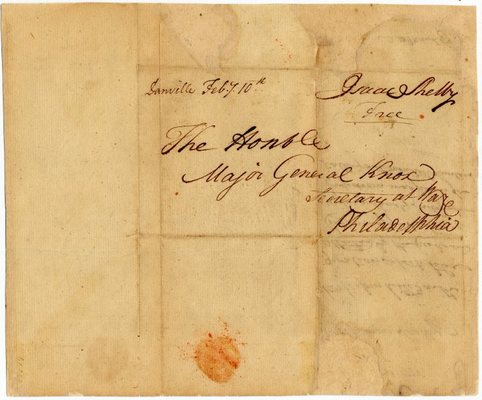 Last edit 5 months ago by MaryV
Displaying all 3 pages