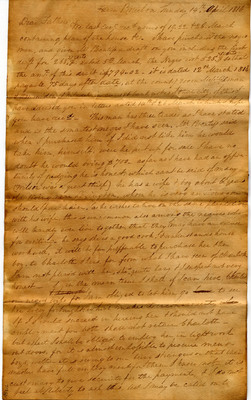 The last eve I recd yours of 19. 22. & 26. March containing plan of the house &c_ I have purchaisd the negro man, and given Mr. Prentiss a draft on you including the first draft for 268,$ 37 cents, dated 5th March, the Negro cost 525.$ 75 cents so thats the amt. of this draft is $794,,02- it is dated 12th March 1816 payable 75 days after date, at the count.g room Messrs. Gilman & Ammidon Philadel in current bank notes of that city, of this I have advised you in letters dated 14th & 26 March which I hope you have recd_ This man has three trades as I have stated and is the smartest negro I have seen. Mr. Prentiss said when I purchased him if I did not like him he would take him, himself, were he put up for sale I have no doubt he would bring $700_ as far as I have had an opportunity of judging he is honest, which cant be said of many (Wilson was a great thief) he has a wife & boy about 6 years old living near Lexington, whom he is very anxious you should purchais, as he wishes to live on the same plantation with his wife, this is uncommon also among the negroes who will hardly ever live together that they many have an excuse for visiting_ he says she is a good cook, & understands house work well, it iwll be far prefferable to purchase her & her boy, to Charlotte & hers, for from what I have seen of Charlotte I am not pleas'd with her, she is quite lazy & I suspect not very honest - in the mean time I shall if I can hire, Charles (our negros wife for I am obliged to let him go to see her every fortnight, which makes it inconvenient, If I should succeed in hireing her & should not have employment for both shall not retain Charlotte - but expect I shall be obliged to employ her in light work outdoors, for it is almost impossible to procure men or boys, wether it is owing to our being strangers or that their masters have full employment for them I know not, - it is customary to give security for the payment, & I do not feel at liberty to ask this, lest I may be call'd on to

Last edit 4 months ago by Jannyp 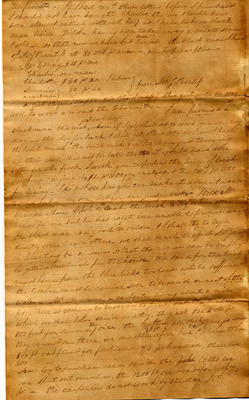 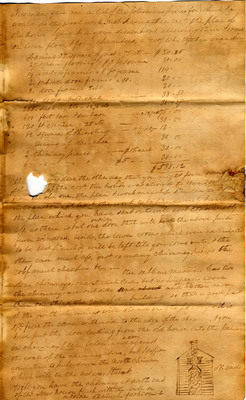 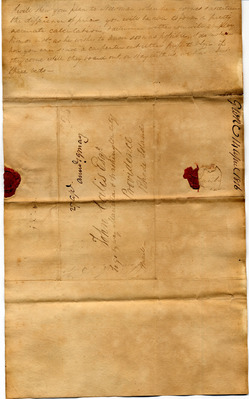