ReadAboutContentsHelp
Document concerning the pardon of Barney Fuller of Tuscaloosa County, Alabama. Fuller was convicted of gaming with an enslaved person, and sentenced to three months in the Tuscaloosa County Jail with a $20 dollar fine. 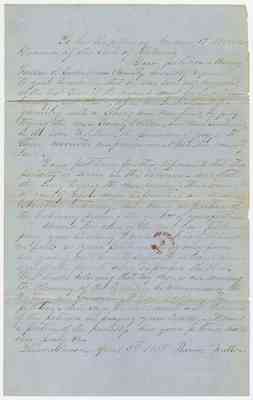 Your petitioner Barney Fuller of Tuscaloosa County, humbly represents to your Excellency that he was tried and convicted at the last Term of the Circuit Court for Tuscaloosa County. just closed upon an Indictment for gaming with a Slave; and was fined by Jury trying the case Seventy Dollars, and was sentenced by the Hon. W. S. Mudd, the presiding Judge to three months imprisonment in the county Jail.

Your petitioner further represents that this penalty is severe in the Extreme - and that the Jury trying the case rendered their verdict of guilty upon mere inferential and circum= stantial testimony, there being no portion of the testimony proving the guilt of your petioner. 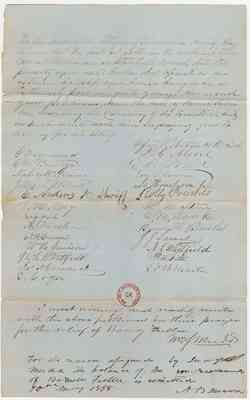 We the undersigned citizens of Tuscaloosa County, Ala beleive that the facts set forth in the within petition Barnett Fuller are substantially correct, that the penalty upon said Fuller will operate as an extreme hardship upon him,- being as he is Extremely poor and quite young, And as such your petitioners deem the case of Barnett Fuller one deserving the Clemency of the Executive: and as such unite with him in praying your Ex cellency for his relief

I most willingly and readily unite with the above petitioners in their prayer for the relief of Barney Fuller. Wm S Mudd

Last edit 2 months ago by MaryV
Displaying all 2 pages